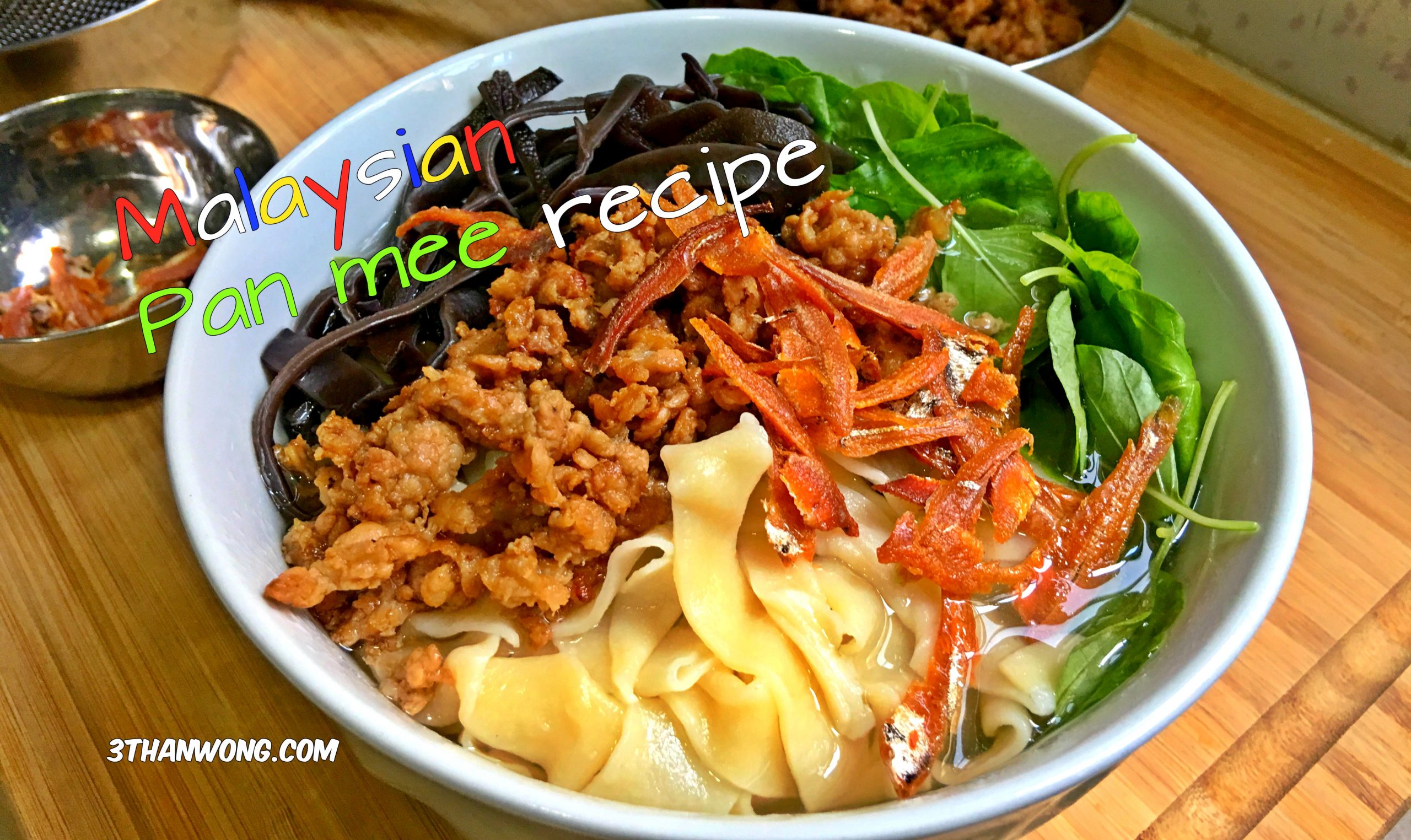 Traditionally, in the Hokkien dialect, it is called Mee Hoon Kueh, but today is it more generally known as Banmian instead of Pan Mee, the reason being that Pan Mee is more of a direct Malay slang to mimic the pronunciation of Banmian. Hence, throughout Malaysia, it is very common to see hawker sellers put this dish up as Pan Mee.

Whereas in Singapore, due to the heavier influence of Hokkien culture, this dish retains the name as Mee Hoon Kueh.

The noodle dough are kneaded with just wheat flour, salt, and oil, sometimes eggs are added, depending on the vendor. There are 3 types of Pan Mee;

Red braised or “Hong Shao”, is when soy sauce is added during the process of making the soup and this red braised beef noodle soup was invented in Taiwan. I did some research to find out what makes Taiwanese Beef Soup Noodle different from the others? To my findings besides using good quality meats, they actually added a little bit of tomato sauce into the soup which makes it slightly red in color and also improves overall aroma!

In order to find out the best recipe, I actually went around asking my Taiwanese friends and they shared their family recipe with me, which I combine all of it into a master recipe below!

An authentic Malaysian Chinese Hakka noodle, also locally known as Mee Hoon Kueh, literally translated as flat flour noodle. Similar egg noodle dishes are also popular in China, Taiwan, and Singapore. Really love this noodle when I was a kid, and here it is today, to share with you lovely people how this amazing soup pan mee! (We can also make this egg noodle from sketch) What? Not a fan of soup noodles? Try the dry spicy version instead!

To make the Broth