Traditionally Youtiao recipe uses aged dough which makes the process lengthy. I did some research on the internet looking for a convenient Youtiao recipe but could not find one where you could make then in an hour plus. So I decided to take on the challenges to shorten the process as much as possible. Read on to find out how! 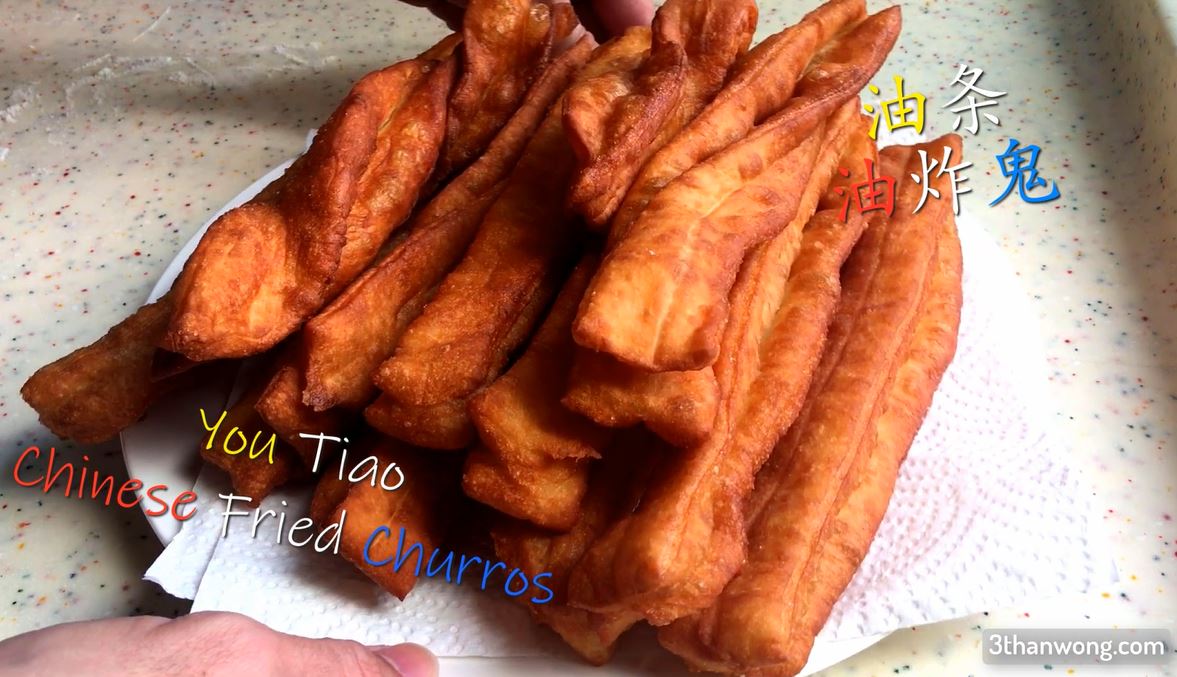 Youtiao is commonly eaten in China and many other parts of the world, especially Asian like East and Southeast Asia. As youtiao evolve around the local culture, but they still preferred as breakfast. Normally eaten paired with porridge or soy milk. In today’s era, they generally comes in two flavors – lightly salted or lightly sweetened, depending on the local culture.

In Malaysia, Singapore and Indonesia, they are commonly called You Char Kway, Cakoi, Cakwe, Kueh or Kuay. Meanwhile, in the Philipines, it is called Shakoy.

Why “You Char Kway”?

You Char Kway directly translated as “oil-fried-devil”, it was said that this dish is relevant to Song Dynasty of a couple as to act to protest against a general. The initial shape of the dough was two human-shaped dough, where later on changed to two pieces joined in the middle which represent an official and his wife, both joining together to bring down a general during their era. Thus, the dough is fried and eaten to symbolized as if it is done to the traitorous couple.

Usually, Youtiao is made by adding aged dough as the proofing factor, and they are left overnight for about 8 hours for the natural yeast to do their job, creating air pockets that give them the crunchy on the outside while soft in the inside texture.

What we can do is simply used instant yeast to hasten the proofing process and also ensure that the temperature for proofing is warm so that the yeast would do their work quickly, I did so by leaving them nearby the window with sunlight.

Youtiao is popularly known as You Char Kway in Malaysia and Singapore, in other words they are Chinese Fried Churros, Chinese Cruller, Chinese Oil Stick, or Chinese Doughnut. In general, youtiao is eaten during breakfast alongside soy milk and congee. However, in Malaysia and Singapore culture, we eat them with kopi (coffee) and bak kut teh. The traditional method of making them was to proof them for 8 hours overnight, whereas I am always trying to find an alternative method to quicken any food that is produced while trying to maintain similar results. After some understanding of how youtiao is made, I’ve made some theory myself and give it a try. Surprisingly they work! Here I am sharing it with you all how I make it happen with just 1 hour proofing! 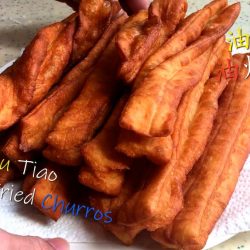 伊森 黄
打印 Pin
5 from 2 votes
Youtiao is popularly known as You Char Kway in Malaysia and Singapore, in other words they are Chinese Fried Churros, Chinese Cruller, Chinese Oil Stic,k or Chinese Doughnut. The traditional method of making them was to proof them for 8 hours overnight, whereas I manage to do it with just 1 hour of proofing!
准备时间 30 分钟
烹饪时间 15 分钟
休息时间 1 小时
总时间 1 小时 45 分钟
餐点 Breakfast, Side Dish, Snack
菜系 中
难度 简单
饮食类型 Halal, Vegan, Vegetarian
份量 10 件

To make the dough