Not only is Malaysia a popular tourist destination well-known for its sandy beaches, balmy weather and amazing food, but owing to its location near the equator and lots of rainfall throughout the year, the tropical climate creates the perfect setting for the flourish of sweet, juicy and succulent fruits.

Some local fruits are seasonal, while others are also easily available throughout the year. We have durians, mangoes, rambutans, pomelo, langsat and mangosteen which appear seasonally. Non-seasonal fruits which can be enjoyed the whole year round are fruits like papaya, guava, pineapple and banana. However, these local fruits are generally inexpensive and can be easily be available at the local supermarket, night market, roadside stall, anywhere during their peak season!

If you are a tourist visiting Malaysia for the first time, here is a handy list for you to have your first introduction to Malaysian fruits:

1. Durian – The King of Fruits People generally fall into two camps when it comes to the King of Fruits – those who love it, and those who hate it. The size of a football, it has a strong, distinctive odour and is dubbed as the King of Fruits given its regal, thorny appearance. Durians are considered to be one of the most expensive local fruits in the market. There is said to be around 34 popular varieties of durian that can be found in Malaysia; the most popular being Musang King and D24. A good durian should have a strong fragrance and thick, fleshy meat which is a little creamy, a little sweet and a little bitter. Prices can range from RM15 to RM60 per kilogramme, depending on the species and season. However, be forewarned – most public transportation and hotels do not allow durian on their premises for obvious reasons. If durian is your love, check out this list of stalls that offer durian buffet!

2. Mangosteen – The Queen of Fruits 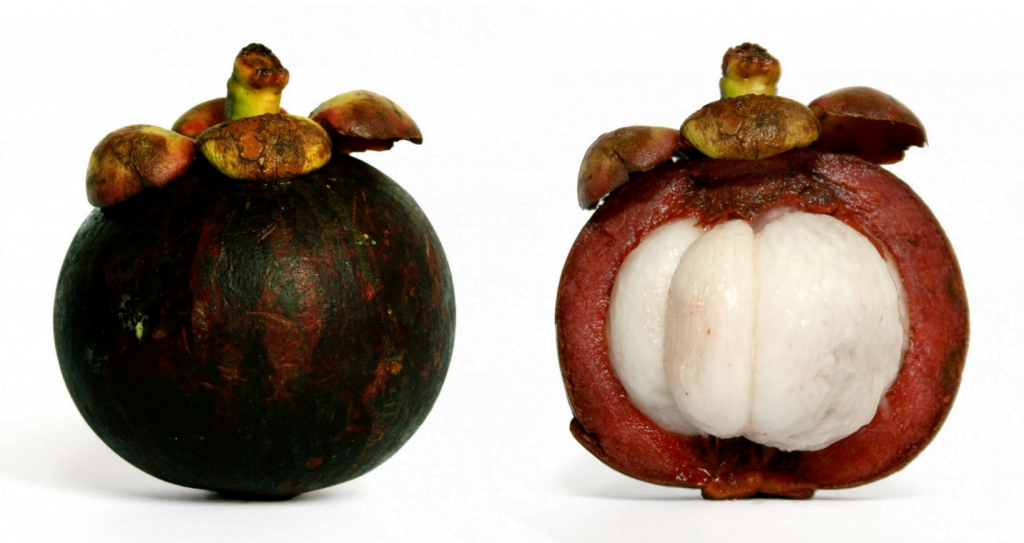 The Mangosteen is dubbed as Malaysia’s queen of fruits, perhaps because it is available during the durian season and is often eaten during or following a durian feast. Its appearance also lends a suggestion as to why it is called the queen of fruits – its top looks like the crown of a queen.

This fruit is made up of its firm, purple outer rind with a leathery texture and the white edible flesh on the inside which is segmented like oranges. The best mangosteens have flesh which is extremely sweet. The price for mangosteens is around RM8 per kilogramme on average.

It has been reported that there are many health benefits of the mangosteen fruit and as such, it is easy to see why it is a popular local fruit. Prevention of cancer, the lowering of cholesterol, the control of blood pressure are some of the benefits of eating mangosteens in abundance. A fruit that is closely related to the lychee and even has a similar appearance, is the rambutan. It has a hairy outer which explains how its name came about – it originates from the Malay words rambut (hair) and hutan (jungle). But once you peel away the hairy exterior of this sweet fruit, you get a delicious, fleshy fruit similar to the texture of a grape which is instantly refreshing. Largely available between the months of May to December, the average prices for this fruit is within RM4 to RM7 per kilogramme. 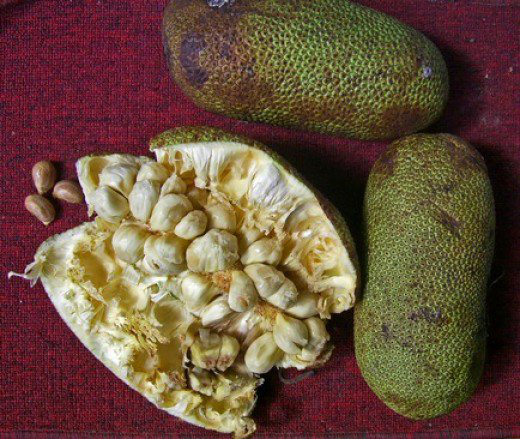 If you are familiar with the jackfruit, you will find the cempedak fruit to be similar in appearance to the former. However, do not be fooled – the size of a cempedak fruit is smaller, and its smell, stronger. Although its waxy, golden yellow flesh can be eaten as it is, Malaysians love the fried version of it (yes, fried!) which can usually be found at the local night market.

Cempedak season is from May to July, with a shorter season between November and February. 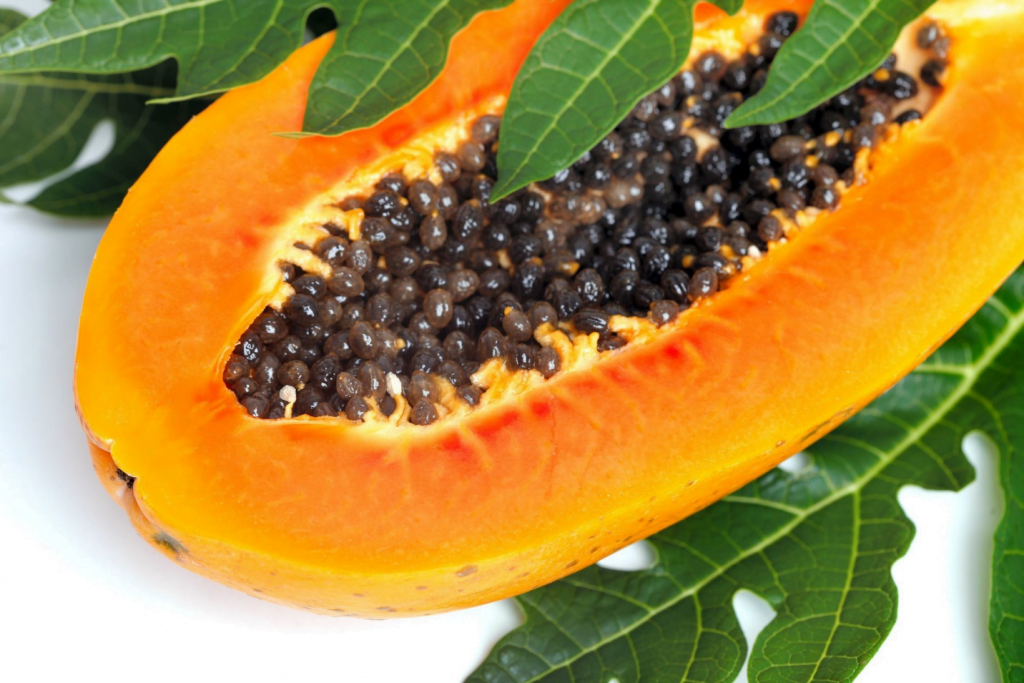 This oval fruit, when ripe, has a waxy, orangey-green skin. It has a soft, juicy, orange flesh with a sweet taste. Hundreds of black seeds can be found inside its central cavity, and it is a common fruit found in Malaysia as it is easy to grow a papaya tree in your own backyard. It is commonly eaten fresh, and is a fruit easily found as it is commonly sold by roadside fruit vendors all year round.

This is a seasonal fruit typically found between the months of June to August. It has a unique transparent flesh where its seed can clearly be seen in the middle. A mix of sweet and sour to the taste buds; this fruit has been said to be a good source of fibre which can minimize constipation and prevent colon cancer.

Some called it watery rose apple, water apple or bell fruit. More commonly known as jambu air amongst the locals, these fruits are usually bell-shaped. It has a nice crunch when bitten into, and somewhat sweet. This very Malaysian fruit is very much like an apple in many aspects, including its waxy skin, hence its name. It has been said that the reddest and sweetest water apples come from Sekinchan, a small fishing village located in Sabak Bernam, Selangor. Water apples usually have two fruiting seasons per year, May to September and November to March. 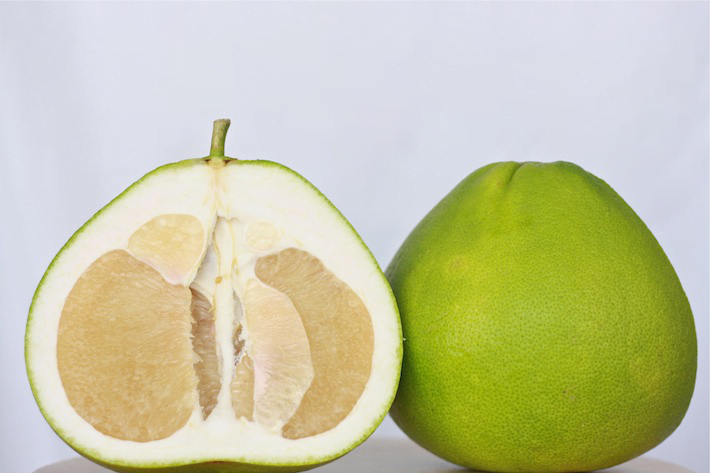 The Pomelo fruit comes from the citrus family, and is the largest of them all – roughly the size of a small football. Known as a Chinese grapefruit, it has a white or red juicy flesh, with a thick green or yellow outer rind. The pomelo is the most popular local fruit in Perak, Ipoh, especially those planted in Tambun Valley. This is thanks to the location of these farms which are surrounded by limestone hills in the area, which are rich in minerals for the flourishing of these pomelo trees.

The pomelo fruit is very much sought-after, especially during the Lunar New Year period, as the Chinese believe that the fruit is a sign of prosperity and good fortune. This is a fruit native to Malaysia, and its name is attributed to the fact that when cut horizontally, each slice is shaped like a star. There are two distinct varieties of starfruit: one is light green that has a salty taste, while the other is yellow with a sweet taste. When bitten into, the fruit is crisp in texture and can be eaten together with its waxy skin.  The starfruit has its seasons, which is usually between April to June and October to December. The sapodilla fruit, or more commonly known to the locals as ciku, is not as common as the other tropical fruit listed above, but it is one of the sweetest fruits you can find here in Malaysia. At first glance, it has the appearance of a small potato with fine hairs, but beneath that brown skin is a sweet flesh that can taste like honey. The ciku trees only bear fruits twice a year and are usually available in March and November. Should you happen to visit Malaysia during these times, look out for roadside stalls in remote villages where the ciku is mostly found.