Mantou in other words is Chinese Steamed Bun, popular in Northern China (each region has its own cuisine type). For example, Shandong, Hebei, etc – their carbohydrates staple is mantou. Whereas some parts of China are hand-pulled noodles, but usually rice as the main carbohydrates diet staple. 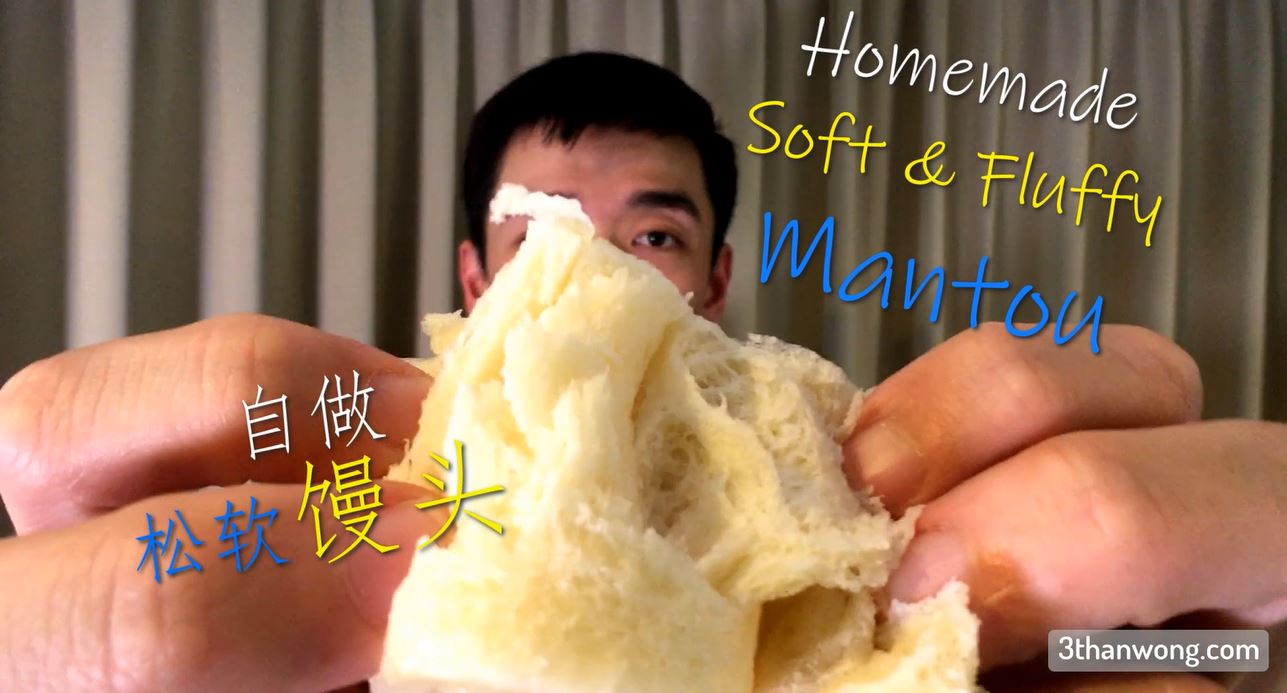 Mantou “馒头”, initial translation translated as “barbarian’s head” (蠻頭) which eventually evolved into the modern “馒头”. It was said that that the word “mantou” came from the era of the Three Kingdom when Zhuge Liang and his army met with a swift-flowing river that defied any attempt to cross it.

A barbarian warlord advises him that they would sacrifice men and threw their heads into the river to appease the river deity to allow them to cross. As Zhuge Liang does not want to sacrifice any of his men, he has all his livestock slaughtered that the army was brought along. Made buns shaped similar to human heads and filled with meats. These buns were then thrown into the river and eventually they cross the river successfully.

Making Mantou Recipe at home is much simpler than you could ever imagine!

A similar bun is a baozi. Mantou is the more common word, and in certain districts, (for example, the Jiangnan area of China, and Korea) mantou (or the equal neighborhood perusing of the word) can be utilized to demonstrate both the filled and unfilled buns, while in Japan they are known as “manjū” alludes just to filled buns.

They are made with processed wheat flour, water, and leavening agents such as self-raising flour or yeast. In terms of size and texture, they are delicate, soft, and fluffy. White mantou used to be an exquisite food during the pre-industrial era, as the process of processing white flour used to be expensive. In the modern world, they are regularly sold pre-cooked in the frozen segment of Asian Supermarkets, simply steam or reheat in the microwave.

There are two methods of making Mantou

Previously I posted a video of homemade mantou in China and some of you requested me to make one video of how to make mantou. Most commercially produce mantou in the supermarket are made with self raising flour and baking soda – they usually stick to your teeth when you take a bite. Hence the best thing about homemade mantou is they doesn’t stick to your teeth and the flavor is much more richer! You asked, here it is! 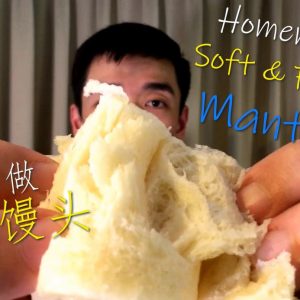