This Typhoon Shelter Prawn recipe is a shrimp dish full of aromatic fried Prawn with garlic, shallots, and more! My method of typhoon shelter Prawn is very straightforward and easy, try this prawn dish to amaze any of your guests for dinner! Typhoon Shelter Cooking style originated from Hong Kong, however how did this dish get its name? It is still a debate among food critics. People believe that this cooking style comes from typhoon shelters in Hong Kong, hence it was named as such.

The more common main ingredients to cook this dish is usually crab, but I noticed that writes often overlooked the second option which is equally as good as crab, which is to cook with prawns. In a Chinese restaurant, they would use large prawns such as tiger prawn, mantis prawn, etc. 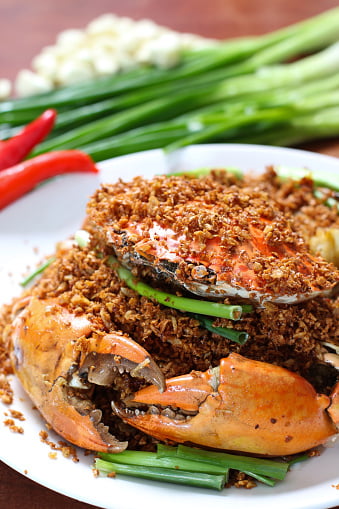 Typhoon Shelter cooking style is said to be originated from Hong Kong. As the name goes, typhoon shelters – shelters for fishing boats during typhoons. There is a few methods of cooking this dish, some deep fry all the ingredient together in one go, some uses steaming method to cook their seafood, crabs, prawn, or maybe chicken wings. Well, the main ingredients are pretty straightforward, and here is the version I have learned when I was traveling in Sai Kung, Hong Kong. 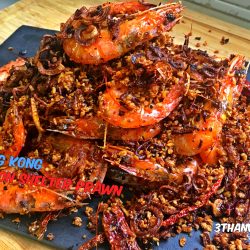