As the title says, so lets start the list from the cheapest…

Although these melons look just like the honeydew or cantaloupe you find at your regular supermarket, these cost way more. But what sets them apart? For one, this orange-fleshed melon originating from Yubari in Hokkaido, Japan, is reported to be very much sweeter. A pair of premium melons recently sold at auction for an astounding 3 million yen (US$26,700).

What does a Densuke watermelon taste like? Does it taste like gold? Has anyone ever tried one of these? Is it worth it? It is said to be sweeter and these watermelons are a luxury item commonly given as gifts.

Kobe beef is famously known throughout the world, but there is another beef in Japan that prized way above the Kobe. The food enthusiast will know that the top brands of beef from Japan is the Kobe beef, Omi, or Yonezawa beef, and the humble Matsusaka beef.  Out of the three, the Matsusaka beef typically commands the highest price for around 5,000 yen per 100 grams and is of superior quality. It originates from the quiet Matsusaka region of Mie Prefecture.

This high price is owing to the way Matsusaka beef is raised from specially pampered, “Japanese Black” cows. It is said that the cows are fed very well, given baths, and are massaged often to increase blood circulation. Only about 25,000 animals are slaughtered each year. What makes the beef so sought after is it’s very well evenly marbled with delicate fat distribution, which explains its melt-in-your-mouth texture, rich in flavor and the fats are extremely creamy (You won’t ever feel disgusted with its fatty layer).

The harvest of these incredible mushrooms has significantly decreased over time to less than 1,000 tons per year which causes them to become so expensive. Up to 90% of Matsutake sold in Japan are actually imported, from countries like China, Northwestern United States, South Korea, and North Korea.

These imported varieties are much cheaper and sell for an average of 10,000 yen (US$110) per kilogram. Matsutake is often given as a premium ingredient in gift baskets to show appreciation.

How do you like your burger? With some lettuce, tomatoes, and maybe some…gold? However, you view the concept behind gold-infused, sprinkled, encrusted, or wrapped food, be it a big gimmick or a genius idea, it sells. The prices of the edible gold vary depending on the purity, in another words, the carats that determine the price. A thin sheet of edible gold could cost you US$ 50. It presents a culinary experience like no other. However, edible gold leaves have no taste, texture, and adds nothing extra to a meal, except a visual feast worthy of an Instagram post.

Origin : Unknown. However, history is able to trace back to the earliest usage in the 16th century in Europe

Civet coffee, or to the locals, known as Kopi Luwak, is mainly produced on the Indonesian islands of Sumatra, Java, Bali, and Sulawesi. Its claim to fame (and its high price) is the unconventional way in which these coffee beans are produced – the beans are partially digested by the civet cat, and later excreted through its feces and collected for processing. Sounds repulsive? Perhaps even more repulsive is the price a cup of civet coffee, which can sell for as much as US$100 a cup in the United States.

However, there has been much controversy surrounding the inhumane way these civets are treated. Due to the high-end pricing of this coffee and its demand, it has made the civet cats into the industry’s biggest victims – the trade is now dominated by operations that force-feed civet in battery cages, in hopes for a higher yield for a higher profit. Just make sure that your cup of civet coffee is produced in an ethical way. 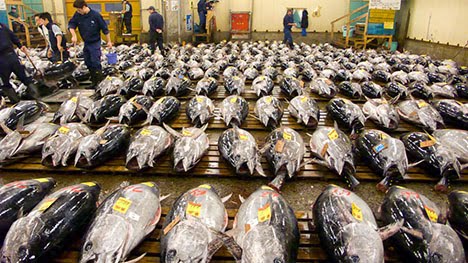 Once used to feed cats, the bluefin tuna which is now an endangered species is one of the most prized delicacies in the world. In 2013, Kiyoshi Kimura, the owner of a Japanese sushi restaurant chain, paid US$1.76 million for a 489 pound bluefin tuna at the Tsukiji market. Kimura had paid US$736,000—a world-record price at the time—back in 2012. That fish weighed 593 pounds. Commonly served raw as sashimi and sushi, a piece of otoro – a fatty cut from the fish’s underbelly – can cost several thousand yen at high-end restaurants in Tokyo.

Origin : Almost across the entire ocean. Different species of bluefin tuna thrive in a different parts of the ocean.

Saffron, which is a spice native to Central Asia, also known as King of Spices! Is by far, the world’s most expensive spice, if not food on Earth, costing roughly US$5,000 onwards per pound. Now the question is why the Saffron is so expensive? Harvesting the saffron is time-consuming and labor-intensive, it takes approximately 750,000 saffron flowers to yield a single pound of the highly-prized spice. Today, these highly valuable threads are grown mainly in Spain, Italy, India, and Iran, with the best coming from Kashmir. It is used as a fragrance in perfumes and color dye for cloth, and of course to color and spice food.

Origin : Cultivation and uses span to more than 3,500 years ago. 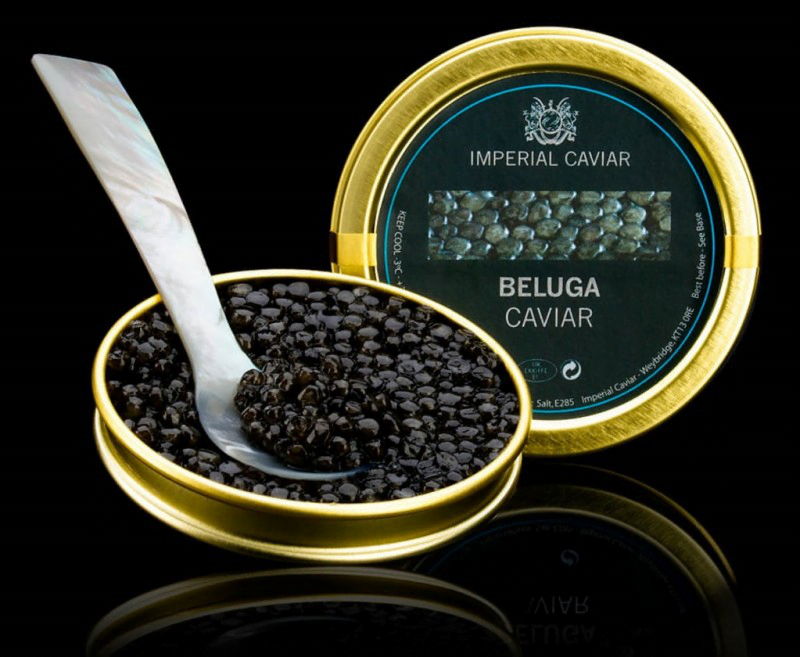 These tiny, mysterious black pearls purport to be the best thing you have ever tasted. It calls to you with a promise of being a little salty, and a little fishy – but do you actually know what you are eating? Caviar is salt-cured fish eggs of different species of sturgeon. To name a few, Sevruga, Ossetra, and the famous Beluga. Their eggs are harvested from the mature female sturgeon during their migration upstream to look for a mate.  Beluga caviar is the most expensive of them all, with market prices ranging from US$7,000 to US$10,000 per kilogram.  Coming from the beluga sturgeon, it is found mainly in the Caspian Sea, the world’s largest salt-water lake. Beluga caviar is typically served on its own on bread or toast, to preserve its natural flavor.

Origin : regions of the Caspian and Black Seas

Weirdly shaped with a strong smell and covered in dirt and grime, these fungi bring in thousands of dollars a pound. The “white truffle” or also known as “white gold” or “white diamonds”, grows naturally in the earth and is found mainly in the Piedmont region in northern Italy and, most famously, in the countryside around the cities of Alba.

White truffles are so valuable because they are extremely rare. The unique flavor and smell of white truffles cannot be artificially reproduced, and, unlike varieties of black truffles, they cannot be cultivated.

The record price paid for a single white truffle was set in December 2007, when Macau casino owner Stanley Ho paid US$330,000 for 1.5 kilograms of it.

Origin : Alba of Scotland and Piedmont region of Italy.

Almas caviar comes from the same sturgeon as Beluga Caviar. However, this Beluga sturgeon is an albino sturgeon which lives in the unpolluted area of Caspian sea. The Almas Caviar are obtain from sturgeon that are more than 100 years old. In Russian, “Almas” is translated as Diamond. The only place in the world to buy yourself Almas Caviar is at Caviar House & Prunier store and only their few selected store have them.

Tip Me
Try My Cake